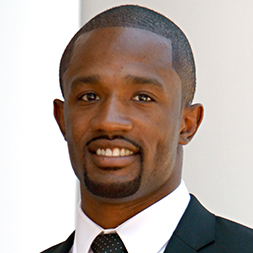 Domonique Foxworth played for the Denver Broncos, Atlanta Falcons, and Baltimore Ravens over the span of a seven-season career with the NFL. Foxworth is dedicated to community service, and started Baltimore BORN Inc., which seeks to provide lower-income middle and high school students with resources and networking opportunities. In 2010 he was awarded the Tim Wheatley award for his service. From 2012 to 2014, Foxworth served as the president for the National Football League Players Association. He is currently attending Harvard Business School.