All the quick cutting, blocking, and tackling that football players do is a showcase of their athleticism, but it can also take a toll on their joints, especially the joints of the lower body like knees and hips. Knowing that joint health is an important part of a football player’s health, we measured the frequency of knee and hip replacement in former NFL players through our First Health and Wellness Questionnaire (Q1).

What the Science Says

With increased age and/or repeated stress on a joint over time, the connective tissue of the joint can become inflamed or wear away, which can cause pain and a change in mobility and function. Sometimes a joint replacement is recommended to restore function and alleviate pain at the joint site. In other cases, a tear or rupture in the connective tissue of the joint can mean surgery is required. Whatever the cause, many athletes are at a higher risk of a joint replacement given the many sport-specific strains on the body’s joints. 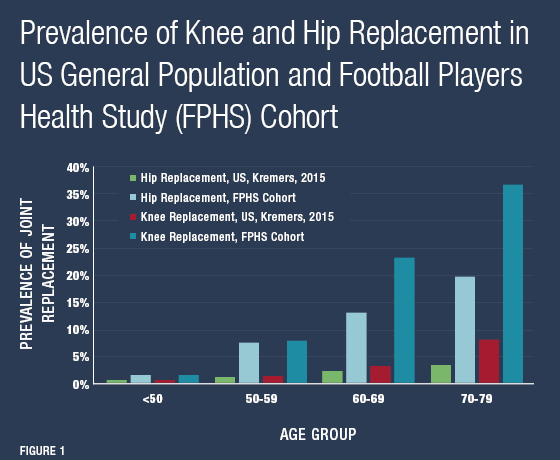 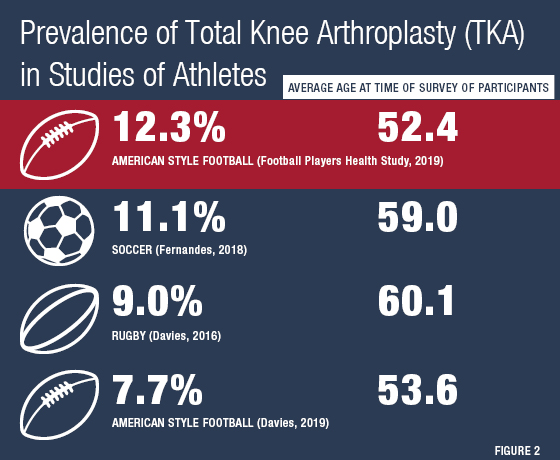 What This Means for You

NFL Joint Replacement Program – This resource through the NFL Player Care Foundation can provide medical and financial assistance for former players who are eligible. Eligibility is determined by credited seasons. Related post-surgery rehabilitation may also be included.