Health disparities— defined by the Department of Health and Human Services as “differences in health outcomes that are closely linked with social, economic, and environmental disadvantage — […] often driven by the social conditions in which individuals live, learn, work and play”—are a major concern in our country. Major differences in common diseases are often found between racial groups in the general public. Men who have played professional football at the highest level are obviously not the general public, and there are reasons to expect that among this elite group disparities would not exist.

Recently, our research scientists examined the possible connection between race and five health outcomes (physical and cognitive impairment, pain, depression, and anxiety) among 3,747 study participants to determine whether disparities in health existed among former players of different racial and ethnic backgrounds. We focused on these five areas and how the players reported these issues affected their daily living.

Despite having access to social conditions that may be considered as advantages, such as higher median income, healthcare access, college education, and expert exercise regimens, race-associated disparities were present in former players—reflecting the presence of disparities in the general population. 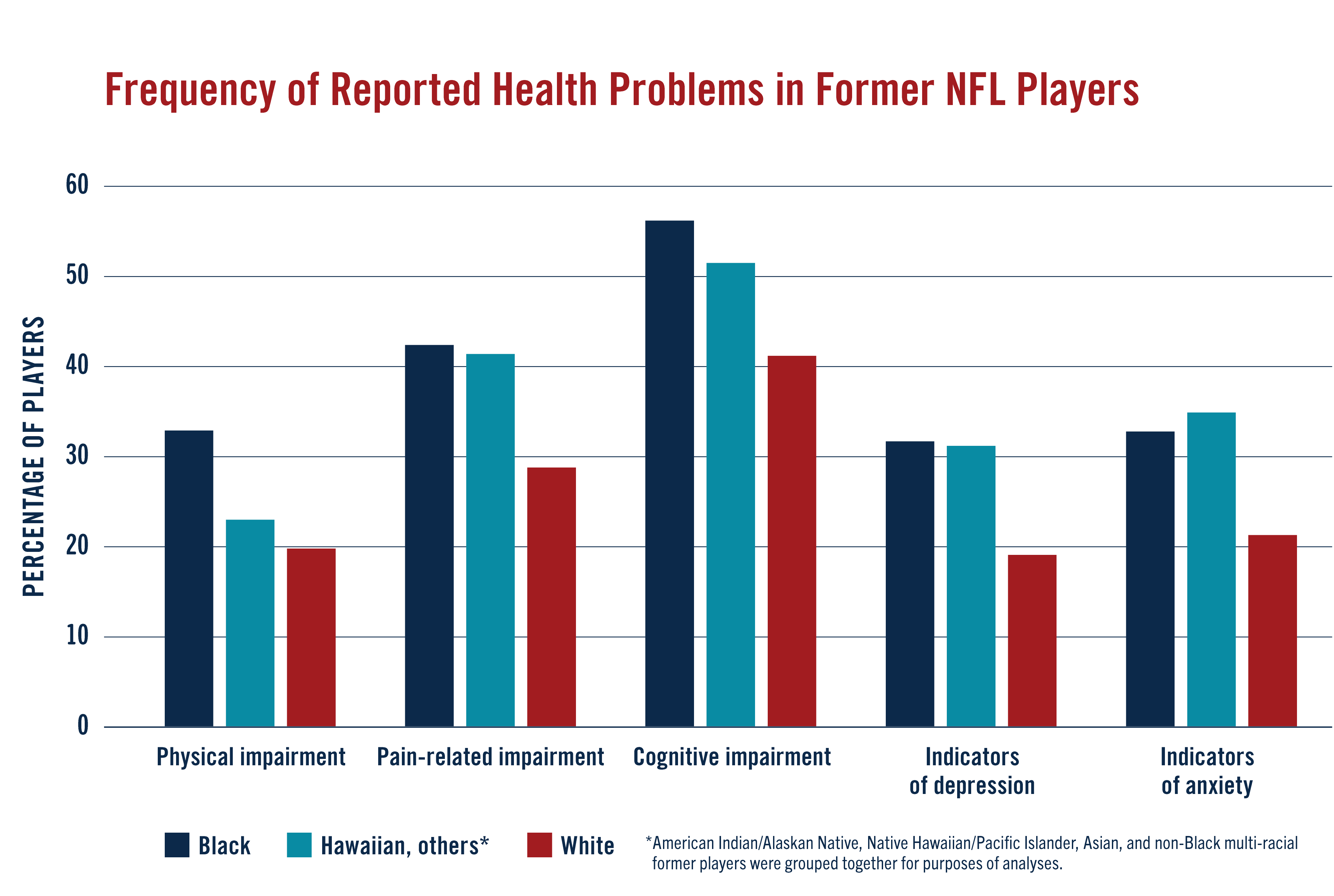 While these results may not be surprising to some, this data confirms the presence of health disparities and provides direction for our future research. The results also help us to identify areas where players can work to improve and advocate for their health.

Our study suggests that health disparities associated with race are not easily reversed by the socioeconomic advantages that may come along with something like playing a professional sport. The challenges that underlie these disparities are complex. For example, former players may have had these differences in experiences before, during, and after their NFL playing days. Experiences of discrimination, for instance, have been associated with high blood pressure, a major health concern. The Football Players Health Study is committed to looking beyond just the socioeconomic advantages of playing in the NFL and exploring other potential drivers of these disparities so we can better address them.

Below are some further resources on health disparities and actions players can take to address impaired physical and cognitive functioning, pain, and depression and anxiety.

If you would like to learn more about health disparities:

If you are in distress or require immediate assistance, please contact the NFL Lifeline at 1-800-506-0078 or visit their website to chat with a trained counselor.