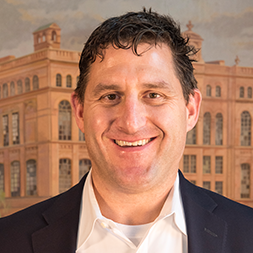 Todd Steussie played in the NFL with the Minnesota Vikings, Carolina Panthers, Tampa Bay Buccaneers, and St. Louis Rams. A three-time All-Pac-10 and recipient of the Morris Trophy in 1993, Steussie was also an NFC Champion and was selected to the Pro Bowl twice. After his retirement from the NFL, he received his MBA from the Kellogg School of Management at Northwestern University. He is the co-founder of PotentiaSystems, Inc., which provides analytics to markets including healthcare and sports. He is currently managing partner and president of its sports analytics subsidiary, PotentiaPRO.