After the Game Is Over 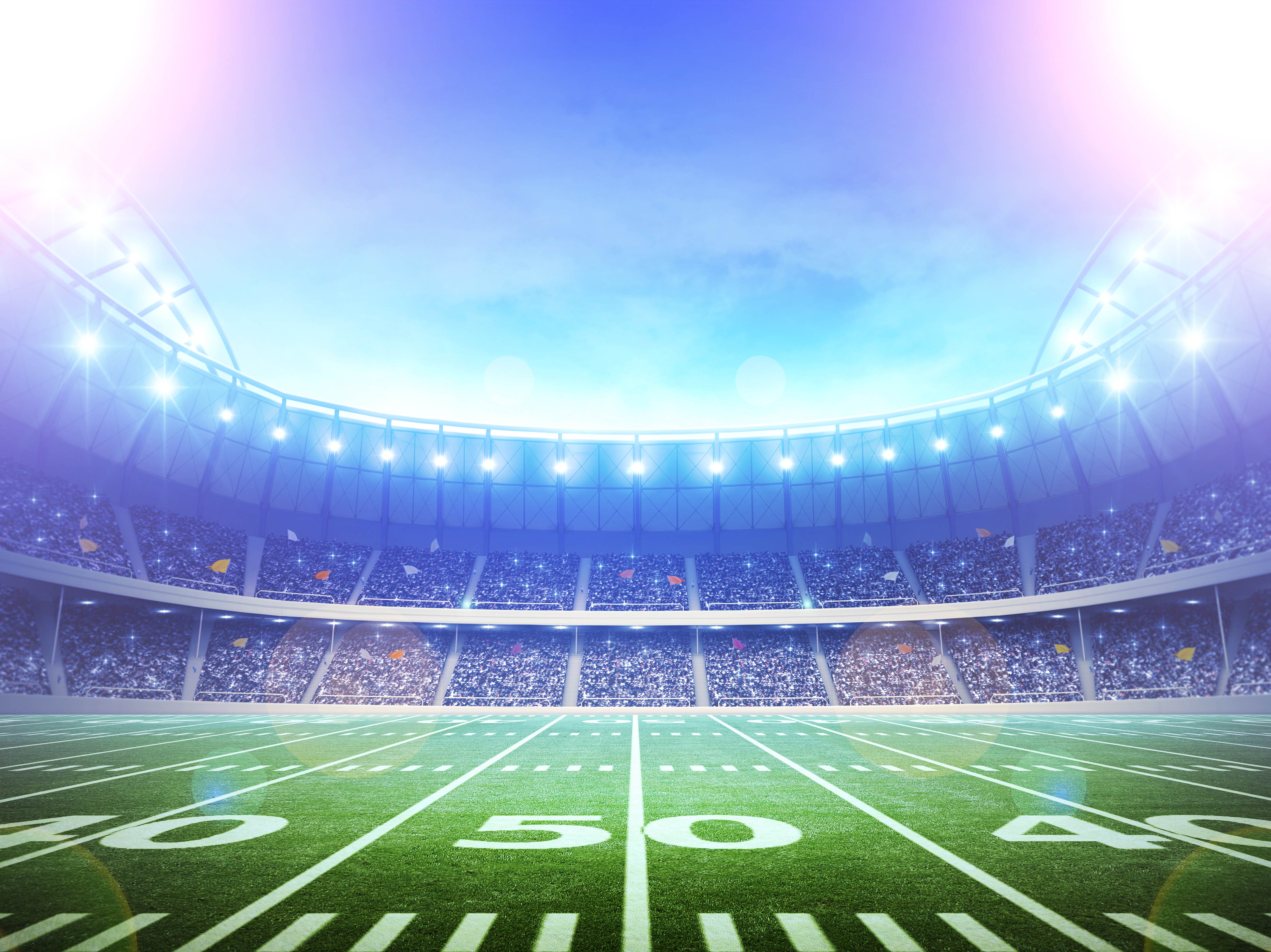 Last year, some 182 million viewers tuned in to watch American football, a high-impact sport that evidence indicates has lifelong health consequences for players.

“But when the television set goes off, a lot of people forget about us,” says Pro Football Hall of Famer Jackie Slater, who played 20 seasons as an offensive tackle for the Los Angeles Rams from 1976-95 and whose son, Matthew Slater, is a wide receiver for the New England Patriots, a three-time Super Bowl champ, and an eight-time Pro Bowler.

But they are not forgotten at the Football Players Health Study at Harvard University, which since 2014 has been gathering comprehensive data on the health concerns of former NFL players. Currently more than 4,100 former players are enrolled in what is now the largest study of living former players to date. The goal of the study — a program composed of multiple research initiatives — is to yield insights to improve the health and well-being of former and current players and to develop interventions to mitigate the conditions they face. Ultimately, the findings may also help illuminate conditions that affect other athletes and even non-athletes.

The study is led by former players and family members in partnership with dozens of physicians and scientists across Harvard-affiliated academic health centers. It is an independent study funded entirely by the National Football League Players Association.

Through an initial questionnaire completed by former professional players, the study investigators identified four areas of health that are critical to former players: neurocognitive health, cardiovascular function, sleep, and pain and physical function. These focus areas are consistent with previous research that suggests professional football participation may amplify the risk for neurocognitive impairment, cardiovascular disease, chronic pain, and sleep apnea.

Starting this year, a major focus of the study has been to delve both deeper and wider into these concerns through in-person assessments. When this program is complete, a total of 120 former players will have undergone three days of head-to-toe testing, brain and body imaging, sleep studies, and other evaluations.

Concussions and their impact on the brain are a focus of headlines and much research. But this study is about so much more, explains Aaron Baggish, director of in-person assessments for the study, associate professor of medicine at Harvard Medical School and director of the Cardiovascular Performance Program at Massachusetts General Hospital (MGH).

“We’re focusing on the entire player, not just the brain, to help us to develop a roadmap of the overall health and wellness of a former football player,” he said.

Because player health is complex and can’t be reduced to a single injury or condition, the study encompasses various organ systems and aspects of health that, over time, could be affected by a career in football.

“I’ve had more than 2,000 teammates through the years and a lot of them have issues,” said Slater, who along with 50 other former players and family members serves as an advisor to the study. “We expect the physical issues because of the nature of the game, but there are other cognitive and mental issues as well, which directly affect our lives.”

Research conducted thus far by the study’s core group of researchers, using data from the former players’ questionnaire, have already homed in on some of the health concerns. They’ve reported that the early-life weight gain typical of football players has a role in the increased prevalence of cardiovascular disease, sleep apnea, neurocognitive impairment, and chronic pain. They’ve associated concussion symptoms with testosterone levels and erectile dysfunction. And they’ve reported that the former NFL players were six times more likely than the general public to report having serious cognitive problems, including confusion, memory loss, anxiety, and depression.

Those recruited for the in-depth assessments, which take place at Harvard-affiliated hospitals, range from former football players who say they have no current health issues to those who report having at least three afflictions out of the top four. Assessments are led by Baggish and 17 Harvard co-investigators, whose expertise encompasses neuropsychology and cognition, pain, endocrinology, sleep medicine, cardiology, neuroscience, pain and physical function, and advanced imaging.

Some of the pivotal insights that researchers are hoping to glean include: How does the health of former players compare to men of the same age in the general population? Are former players aging differently than those who didn’t play a contact sport? How do different diseases interact in these former athletes?

To get to the bottom of these questions, the Harvard investigators created a comprehensive battery of tests. First, they piloted their assessments with 10 men who did not have experience playing professional football — half were healthy, and half had conditions similar to those reported by the former players. The formal in-person assessments commenced in April 2019 and since then, 27 former NFL players have come to Boston, one or two each week, to undergo the intensive testing.

“By bringing people into Boston, we can leverage the strength and resources of our amazing clinicians and hospitals,” Baggish said.

Working in various capacities to support the health of athletes, Baggish serves as team cardiologist and physician advisor for numerous athletic organizations, including the New England Patriots and the U.S. national soccer and rowing teams. He is also the medical director of the Boston Marathon and serves on the International Olympic Committee. Baggish has been involved in the Football Players Health Study from the start, which he said was a logical extension of the Harvard Athlete Initiative he launched about 13 years ago. For that, he has been studying changes in the hearts of college athletes — those who played football, a sport remarkable for its demand for strength and bursts of power, as well as those involved in rowing, a sport that requires exceptional endurance.

Now Baggish is also studying the hearts of current and former professional football players. He and colleagues recently reported in JAMA Cardiology that linemen, who are encouraged to gain weight, begin to develop high blood pressure and sleep apnea. They also experience thickening and stiffening of the heart muscle and arteries—and they tend do so early in their careers, as early as while playing college football.

Thorough look under the hood

The first of three days of individual assessments starts at 7:30 a.m. at Mass General with a blood draw, bone density scan, glucose tolerance and other baseline tests. Next comes lunch, followed by an olfactory assessment.

For the next three hours, the former player undergoes two different brain scans, one of which looks for signs of accumulating amyloid beta plaques and tau protein, which have been implicated in the development of neurodegenerative conditions and brain injury.

“Some of the most prominent features of traumatic brain injury and chronic traumatic encephalopathy in football players have been the presence of amyloid and the presence of neurofibrillary tangles,” explained Georges El Fakhri, who leads the brain scanning of the former players at Mass General, where he is HMS professor of radiology and director of the Gordon Center for Medical Imaging.

Tau and amyloid are also hallmarks of Alzheimer’s disease, but as El Fakhri points out, “Like real estate, it’s all about location. Where you have tau determines a lot about how afflicted you are. The patterns of tau in the brains of Alzheimer’s patients are different than those observed thus far in former football players.”

He and his colleagues did the first large-scale studies of tau using an experimental tracer to look for it in the living brain. “We now have lot of new markers for both normal and accelerated brain aging, so this new research has been a boon for us to study changes in the brains of former football players,” said El Fakhri.

In his other research, done in collaboration with investigators at HMS, Mass General and Brigham and Women’s, El Fakhri is conducting the same brain imaging studies in hundreds of people of all ages from the general population.

“This effort is to help football players, but I think too, it will contribute to understanding the whole picture of what’s going on in the brain,” he said.

The second day begins with memory and cognitive testing, followed by a brain MRI and a liver MRI. It ends at 7 p.m. after a brain stimulation and brain wave assessment. But even sleep does not go unobserved. After a dinner break, study participants spend the night in a boutique hotel, with sensors applied to their heads, chest and legs to collect overnight data from brain waves, sleep stages, number of awakenings, oxygen levels and leg jerks.

This level of sleep vigilance is justified because former football players report having problems, including insomnia and sleep apnea.  “Research shows that sleep apnea and fragmented sleep contribute to increased rates of heart disease, stroke, hypertension and diabetes,” said Susan Redline, who is co-leader of the sleep studies. Redline is the Peter C. Farrell Professor of Sleep Medicine at Harvard Medical School and director of the Sleep Medicine Epidemiology program at Brigham and Women’s.

Many of the health concerns experienced by former players are related to sleep both directly and indirectly. “There are close interrelationships between pain and sleep as well as cognition and sleep,” Redline said.

In other studies, she and her colleagues have shown that the drops in oxygen that occur in sleep apnea are associated with accelerated cognitive decline.

With the sleep studies, researchers hope to identify new sleep-related markers that may signal the presence of sleep apnea or to too little time in the REM phase of sleep. These markers could be used to diagnose and better treat underlying problems more rapidly.

“We help former players understand any clinically relevant findings they can take home to their doctors,” said Baggish. “We feel very strongly that is our responsibility to give them something tangible to take home.”

After all the data are crunched and the puzzle pieces fitted together, the team will work to quantify the magnitude of the health problems and, eventually, develop new ways to prevent and treat these conditions.

“The fact that we have men who are willing and interested to go through all these assessments is really setting the stage for an incredible partnership between scientific and athletic communities,” Baggish said.

Helping current and future players is a big reason why Jackie Slater said he’s stayed involved. “I have a son playing and I’m concerned about his long-term health,” he said.

He points to changes in the NFL that now include concussion protocols so players aren’t sent right back onto the field after big hits to the head. “Never in my wildest imagination did I think I’d see that happen,” he said. “It took studies like the ones we’re doing here.”

Slater and his fellow former football players have a personal interest in understanding what’s happening to them, but he said it feels great to be involved in a study that will help everybody.

“The guys want answers,” he said. “And we are true partners on Harvard’s quest to find them.”