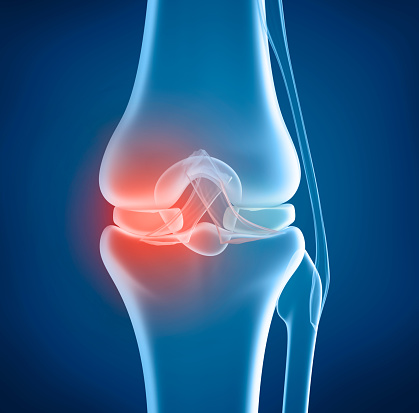 The Football Players Health Study has made significant progress in advancing its active Targeted Studies, as well as launching new efforts which focus on prevention, diagnostics, and interventions developed by researchers at Harvard University, along with collaborators at other institutions. The Study has also moved forward on developing innovative approaches to testing players remotely.

Through various mechanisms, including open calls for proposals from researchers, the Football Players Health Study has identified and funded a number of superb, innovative, and high-impact studies over the past several years. These include, for example, Martha Murray’s work to develop a novel way to repair the ACL, Kun Ping Lu’s groundbreaking project to block the damaging effects of cis p-tau protein generated following a head trauma, and Brad Manor’s work to extract information regarding cognitive reserve and brain resilience from gait and balance data captured using a mobile app. Manor is an assistant professor at Harvard Medical School who specializes in studying balance.

In addition, the Study has funded Conor Walsh’s innovative concepts and designs to develop a new kind of brace that protects the knee when stressed but otherwise poses no limitation to mobility, and Blaine Hoshizaki’s work (University of Ottawa) to measure the forces to which individual players are exposed due to repeated trauma during play by leveraging video and TV footage analysis and laboratory reconstruction of the events. More details on the progress of some of these projects are included in this Research Update.

In response to the most recent call for proposals for targeted studies, we received 25 eligible applications. Each application was reviewed by three independent scientific reviewers. Scores for the 25 applications were submitted and discussed at a review meeting with a panel of experts. Considering scientific merit and feasibility, 10 proposals were moved forward to the Football Players Health Study leadership team for further consideration. The leadership team reviewed all applications, considered the recommendations of the scientific review meeting, discussed the 10 proposals moved forward in the context of programmatic and overall study priorities, and decided to pursue funding of three proposals.

Following several meetings with the lead investigators of these applications to fully define scope and process, these three new targeted studies, briefly described below, have been launched. Additionally, the leadership team felt that the three proposed studies will provide a meaningful extension of the planned In-Person Assessment Study, and a further three additional proposals will offer substantial support and expertise in building a biorepository for the Study. We have thus engaged the lead investigators of those proposals and plan to discuss next steps in the near future.

In one of the newly launched targeted studies, researchers Amar Dhand, MD, DPhil, of Harvard Medical School, and Albert-Laszlo Barabasi, PhD, of Northeastern University, aim to characterize the social networks of retired football players in the Football Players Health Study. This project uses a remote survey and assesses the relationship of networks with cognitive, cardiac, and functional outcomes. This work will thus focus on the important impact of social relations on overall health.

Suzanne Bertisch, MD, MPH, and Susan Redline, MD, MPH, both Harvard Medical School physicians who specialize in sleep medicine, will implement a remotely delivered sleep health program specifically tailored for football players. The program is designed to improve sleep health with secondary benefits on pain, quality of life, mood, and cardiometabolic disease among participants in the Football Players Health Study. The long-term goal is to successfully implement a behavioral sleep intervention that improves sleep and quality of life, and decreases pain and chronic health disease in former NFL players.

Finally, the third newly launched targeted study is led by Ross Zafonte, DO, professor of rehabilitation medicine at Harvard Medical School and director of medical navigation for the Football Players Health Study, and Herman Taylor, MD, director of player engagement and education for the Study, and an endowed professor and director of the Cardiovascular Research Institute at Morehouse School of Medicine. This study will address chronic pain in a subsample of Atlanta-based former players through a novel resilience training intervention called Goal Directed Resilience Training (GRIT). The aim is to advance strategies to improve the wellbeing and functional status of former players impacted by pain.

In parallel to those listed above, we have initiated several other targeted studies to further work out, clarify, and address the results of the Football Players Health Study. One example is the recently launched Brain Health Study led by researchers Laura Germine, PhD, an instructor of psychiatry at Harvard Medical School, and Alvaro Pascual-Leone, MD, PhD, director of targeted research studies for the Football Players Health Study and a professor of neurology at Harvard Medical School. Brain health is essential for overall health, and the purpose of this research is to evaluate the unique ways that individuals who played professional football think and process information. This research is a collaboration with TestMyBrain, a not-for-profit brain and mind initiative at Harvard Medical School. Through a series of web-based assessments that evaluate memory, attention, personality and temperament, this study will provide insight into the cognitive and psychological health of former football players. At the end of the assessment, participants will get individualized feedback about their performance, and recommendations on what to do to leverage or improve their cognitive style.